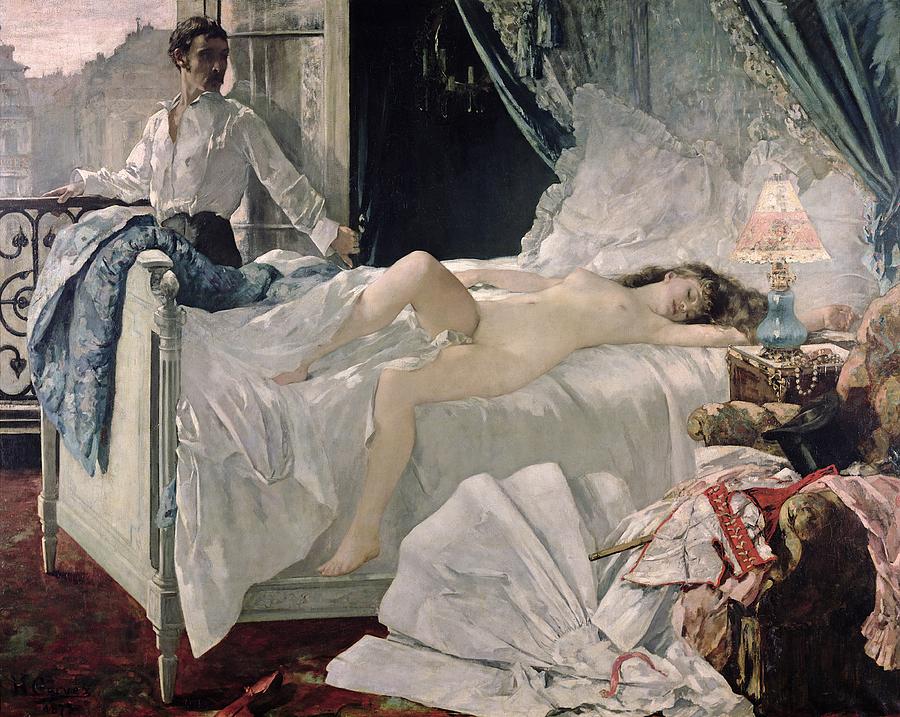 Lauren Elkin writes in the Paris Review on January 24, 2018, as follows.

“It’s no news to anyone that France has a historically masculine-centric culture. The great republican project of the Revolution left women out; in response to the Declaration of the Rights of Man and of the Citizen  (1791), Olympe de Gouges supplied her Declaration of the Rights of Women and the Female Citizen. (When she got too mouthy, the Jacobins arrested and executed her.) Feminism here has always been articulated not as a philosophy of equality, as it has in Anglophone countries, but around a philosophy of difference. This has often resulted in essentialist ideas about women’s experiences; as the feminist journalist and activist Lauren Bastide put it recently, the universalist French feminist context ‘is the opposite of intersectionalist feminism. You’re never going to be able to say that being a black woman is different from being a white woman.’ ”

Elkin continues, “When I published a book here, I received the full Gallic treatment from two men connected with my publisher. These instances were, in their way, lovely little parables of French masculinity. In the first one, an author only slightly older than me sent me (uninvited, unreciprocated) dirty text messages. I found them kind of funny, in an “Oh, French men, so typical” kind of way, and the fact that the sender was attractive didn’t hurt, even if I had no intention of sleeping with him. He never touched me inappropriately or did anything else out of line.

Elkin refused to name and shame either of the men involved in her encounters.

Another, much older, more powerful man took it upon himself, one evening, “to grab my ass as we were playing pool. I was wearing a kicky little miniskirt, I leaned over to take my shot, and ça alors, a pair of hands is grabbing mes fesses, right under ma jupe! I made some kind of whooping noise and hit the man over the head with my pool cue. He roared with laughter. The other authors roared with laughter. I went through the phases of outrage: I was the Stereotypical

Ultimately, Elkin concludes “There is a distinctly American flavor to the #MeToo movement. The movement simply has not caught on in France the way it has in America, and perhaps this is in part because the movement is too reminiscent of American sexual mores, a “puritanism“ that Deneuve and her cosignatories specifically rail against. “Living in France, it sometimes feels like the men and women here are so invested in performing some libertine idea of Frenchness that they’ve lost track of whether they really like it. I remember being genuinely surprised, when I moved here, to find that that the rumors about Parisians are true: they really do have orgies and go to swinger’s clubs. It’s a pretty bourgeois thing to do. “

Speaking about alleged “MeToo” celebrities, the Time Magazine. Writes, “This reckoning appears to have sprung up overnight. But it has actually been simmering for years, decades, centuries. Women have had it with bosses and co-workers who not only cross boundaries but don’t even seem to know that boundaries exist. They’ve had it with the fear of retaliation, of being blackballed, of being fired from a job they can’t afford to lose. They’ve had it with the code of going along to get along. They’ve had it with men who use their power to take what they want from women. These silence breakers have started a revolution of refusal, gathering strength by the day, and in the past two months alone, their collective anger has spurred immediate and shocking results: nearly every day, CEOs have been fired, moguls toppled, icons disgraced. In some cases, criminal charges have been brought,” according to Time Magazine.

“The women and men who have broken their silence span all races, all income classes, all occupations and virtually all corners of the globe. They might labor in California fields, or behind the front desk at New York City’s regal Plaza Hotel, or in the European Parliament. They’re part of a movement that has no formal name. But now they have a voice.,”The magazine continues.

The Cut writes “Problematic fave talk-show host Wendy Williams, doesn’t believe sexual-assault allegations against R. Kelly should be grouped in with the #MeToo movement — which she claims she’s “sick of.”

Where Paris is concerned, I immediately think of my mother, now 96  (97 in May). Born in Paris, she was witness to the German invasion, the world of E’Lite Prostitution’—the Demimonde”, the world of Existentialism, Hemmingway and a host of other movements. Because of these new waves of action, Paris  became the “City of Distinction.” But now, movements like #Metoo have started to surface in France threatening this distinction—the movement hails from the United States, a puritan-based country. Also, a steady flow of immigrants, all with their home-spun values, have damaged the distinctive image that France has long held on to.

It is a shame the United States should have any impact on these issues—France is too cool to let this happen.