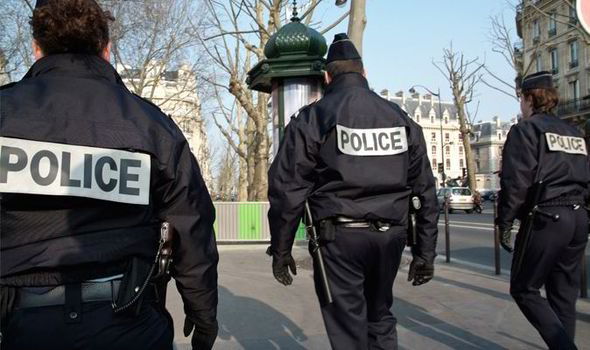 The bodies of five new-born babies, four of them hidden in a deep freezer, have been found near Bordeaux in France. Police found the bodies after the father of a family called them once he discovered the remains of a newly born infant inside a freezer bag in a bedroom at his bungalow at Louchats, 30 miles south of Bordeaux. Police then found the bodies of four more babies in a freezer in another room. Apparently, the mother had been able to hide her pregnancy from family members; her husband, and two daughters, aged 13 and 15, apparently knew nothing of the woman’s pregnancies. The wife has been taken to the hospital for psychiatric evaluation. Although the French Police are not saying that the mother has suffered from a history of mental illness, we have long stressed the need for early medical and psychological intervention where filicide issues are even suspected. There are anti-filicide resources available in communities to assist in the prevention of such tragedies. The focus in cases of filicide should be on prevention and psychological aid, not punishment.

UP TO 15 YEARS IN MICHIGAN TEACHER CASE