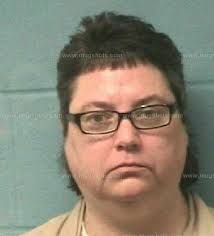 The execution of a woman in Georgia has been indefinitely delayed over uncertainties concerning the drug the state intended to use to kill her. Georgia uses pentobarbital for the legal injection. The decision follows on the heels of other botched executions.

Kelly Renee Gissendaner was convicted of the malice murder of her husband, Douglas Morgan Gissendaner and the jury fixed her sentence at death with the aggravating circumstances consisting of committing the murder during the commission of a kidnapping with bodily injury. Gissendaner and the victim had been married, divorced, separated, remarried, separated, and reunited between 1989 and 1997. She was in a relationship with Gregory Bruce Owen. The state’s theory at trial was that Kelly convinced Owen to kill Douglas so that she could receive insurance benefits and then be with Owen. The plan was set into motion whereby Owen would wait at the family home with a large knife and a nightstick on February 7th, 1997. Douglas  arrived at about 10:00 p.m. and Owen held the knife to his throat and forced him into a woods where he struck Douglas with the nightstick and stabbed him multiple times. In accordance with the plot, Owen removed Douglas’s watch and wedding ring to stage a robbery. Later, both of them returned to the crime scene when Owen burned the body with kerosene provided by Kelly. DNA evidence connected Owen to the murder and Kelly made incriminating statements even though the two attempted to hide their relationship. In short, the case of guilt seemed clearly established and the focus has since been upon the fairness of the ordered execution; indeed, Kelly does not deny her involvement in the murder. At the sentencing phase the trial judge refused to permit the jury to review letters written by Kelly’s children expressing their love for her on the technical grounds that they were hearsay, even though Georgia law requires that trial courts “should exercise broad discretion in admitting any mitigating evidence during the sentencing phase of death penalty trials”.  The Georgia Supreme Court rationalized the issue by stating that prior cases have not “required the wholesale admission of all evidence contended to be mitigating without respect to its reliability and the rules of evidence”. The problem is, it seems clear that the letters were written by her children, and the state tried the case to make her appear as a monster- the letters would have seriously mitigated against this contention- at one point during the trial, the Senior Assistant District Attorney referred to Ms. Gissendaner as “evil”.