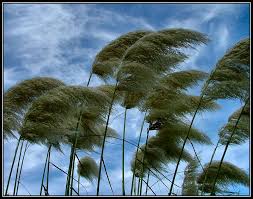 The governor of Nebraska, Pete Ricketts (Republican), just vetoed a bill, abolishing the death penalty, passed by a bipartisan group of legislatures, citing “public safety” considerations, and said that the death penalty is needed to protect law enforcement. His friend, Nebraska attorney general, Doug Peterson, chimed in and said that prosecutors need a “tool” when they go after these murders. Last week, the final vote in the legislature was 32/15 to abolish the death penalty. If that margin were to hold true in a veto-override measure, the governor’s veto would be stricken.

Now he is lobbying his fellow Republicans to change their mind and not vote to override his veto. According to the Huffington Post,  Ricketts is a Catholic, and said, “As a Catholic, I’m confident that this aligns with Catholic catechism. . .”. Of course, Pope Francis would disagree. The Pope has called for the abolition of the death penalty, calling it “penal populism” that promises to solve society’s problems by punishing crime instead of pursuing social justice. But, maybe the governor’s knowledge of “Catholic catechism” transcends the Popes. Other small details the governor has over-looked are: the death penalty does not deter crime, it is administered cruelly and unevenly among the population, and it is way too costly. Bob Dylan once wrote, “You don’t need a weatherman to know which way the wind blows”- Ricketts knows that the political wind of his hardcore supporters of the death penalty (diminishing worldwide) is blowing against abolition- that is enough for him.