Fox News settled a sexual harassment lawsuit brought against them by former anchor Gretchen Carlson. She had alleged that Roger Ailes, had sexually harassed her when he was chairman of the network. Insiders say  $20 million was paid to settle the case.

21st Century Fox, the parent company of Fox released a statement saying that Carlson “exhibited the highest standards of journalism and professionalism” while working at the cable news company.

For her part, Carlson said she was “ready to move on to the next chapter of my life in which I will redouble my efforts to empower women in the workplace.”

We never thought Carlson delivered much to the Fox News broadcast. She never presented as a particularly enlightened person, nor absorbing. She would fit into a Midwestern local broadcasting network better than on the national scene we think.

A far more significant loss to the network has been caused by the exit of  Greta Van Susteren. Her intelligence and devotion to her show and the issues were reflected in her broadcasts. She had been with Fox News for 14 years. Susteren’s leaving was prompted by a financial disagreement people familiar with the matter say. Her departure will be missed, not so much with Carlson. 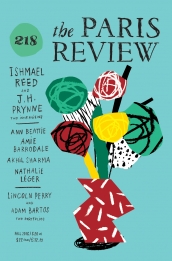 Teenage sweethearts, 15, plead guilty to the manslaughter of a dinner lady, 49, and her 13-year-old daughter but deny murder