KILLING OF GRIZZLY BEARS TO PROTECT PROGRESS AND DEVELOPMENT 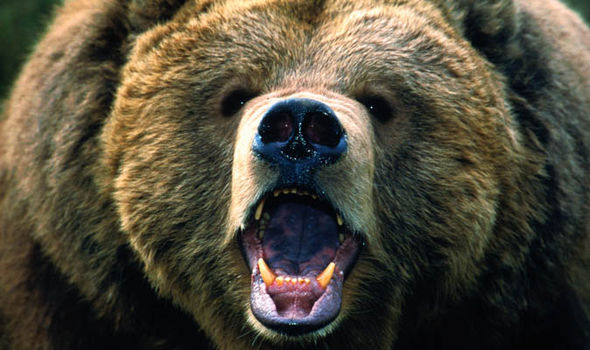 The New York Times reports, “The grizzly bears that live in and around Yellowstone make up almost half the population in the lower 48 states, and now those bears are at risk. In 2015 their numbers in the Yellowstone area declined by 40, to an estimated 717 from 757 — a 6 percent drop that represents the highest one-year mortality since grizzlies were given federal protection in 1975”.

Cats and Dogs Are Still Being Killed, Tortured, and Eaten at…

The article continues, saying the “United States Fish and Wildlife Service is currently preparing to strip the animals of their Endangered Species Act protection.” A recently leaked proposal would permit the killing of bears that wander outside the park, and the farther they roam, the greater the number that would be legal to hunt. There are about 1,500 to 1,700 grizzlies outside Alaska that occupy regions in the Rocky Mountains and Yellowstone. During the 1980s, approximately 50,000 grizzly bears were roaming the countryside from Canada to Mexico.

Human contact and habitat destruction are a significant threat to the bear population. Some bears in search of food, or when mating and establishing their territory, wander onto private property. When this happens, they are often perceived as a danger and killed. As more and more of their natural habitats are developed for human purposes, the bear’s natural habitat shrinks, and human contact becomes familiar. Killing them, however, seems unjust to us. Like the fight to preserve the habitats and lives of wolves, many people are concerned about returning to the extinction era for many of our natural critters.

TRUMP WINS ANOTHER DEBATE EVEN THOUGH HE IS TAG-TEAMED

For over a week, a herd of 19 lost elephants have escaped a nature reserve in China

Cats and Dogs Are Still Being Killed, Tortured, and Eaten at Yulin Festival in China.

Ordering a Plate of Dog Meat at a Restaurant Would be Repelling to Most People: Not…