More than 129 schools were closed in Bangalore, India because another leopard was spotted running around the outskirts of the city. Six people were injured, some seriously, when they attempted to capture the large cat. So far, the leopard remains free. An 8-year-old leopard that roamed into a school yard on Sunday was captured. India has a population of between 12,000 and 14,000 leopards.

Meanwhile, a wolf attacked and killed a pet dog as his owner was walking him on a familiar trail near Duluth, Minnesota last week. The dog named “Leo” had lagged behind his owner on the trail that the two had taken walks on many times. A spokeperson for the Minnesota Department of Natural Resources said that such wolf attacks were “rare but getting more common”, according to a report filed in the Minneapolis Tribune. 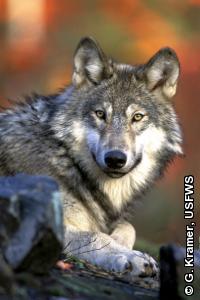 Wolves in the United States were nearing extinction at one point, however, the populations have substantially improved in Minnesota. There has been controversy over whether it should be lawful to trap or hunt wolves. In 2011 the federal government started to strip laws that protected wolves under the “Endangered Species Act” when they transferred some of the management powers over to the states. The enlightened position of many wildlife experts is to prevent the killing of wolves, and focus on management policies that continue to protect the wolves.