LIGHTEN UP ON KATE MOSS 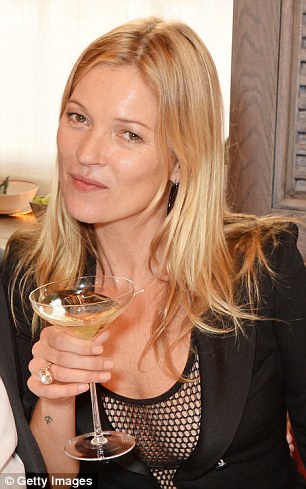 Why we don’t write stories this way…..

The model Kate Moss may be on the weathered side, and it seems that booze has accelerated the process, but she doesn’t look that bad for a 51-year-old- oh wait!- she is 41. Once again in the spotlight (no, not those lights- that train has left), she was escorted off of a EasyJet airplane for alleged obstreperous behavior, including swigging from her own bottle of vodka after being refused beverage service, and getting into altercations with other passengers, Moss’s behavior lately has been bizarre and ….

Our first reason is that she still looks hot. Moreover, who cares if she is drunk on a plane- she did not threaten anyone or obstruct the pilot’s ability to operate the airplane. There was some discussion about whether crew members overreacted; given her celebrity, this would seem the more likely scenario. The real wonderment issues from the fact that she would fly on a budget airline. After this fiasco, one could not blame her for never using the airline again- and she should encourage her friends to follow suit.

Wait, Moss may have a drinking-thinking problem- this isn’t her first controversial rodeo. The Daily Mirror reports that she was observed by a number of EasyJet riders in July of 2014 appearing drunk and looking a little worse for wear. One person said, “Just got off my flight with a very drunk Kate Moss”; another said, “Seen Kate Moss drunk at the airport”. And, she was spotted using cocaine before along with ……

Hmmm, a supermodel who made over $10 million in 2007 alone, with a guesstimated net worth of $75 million, occasionally drinking and partying!- tell me it ain’t so. Look, she is a hot model who likes to have fun. She does not have to be nice all the time to everyone. Being naughty and seen is part of the celebrity gig; it is when nobody cares about the ruckus you are creating that you should worry. Take me, I’ve been kicked out of several dingy bars, and nobody noticed or cared. Never. Lighten up on Moss.

THE POLICE: ROOT OUT THE BAD ONES