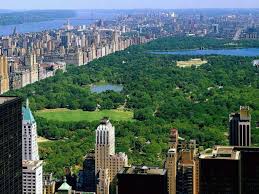 A New York City man awakened last week not fully cognitive of the events of his life over the past 24 hours. Still in a haze, he attempted to recall the details. He seemed to remember sliding from his bed alone the previous morning, making an Espresso, lighting a cigarette, and walking to his balcony that overlooked Central Park. To the best he could recall, the day had went well, perhaps very well. The contract he had with the producer, after six anxious months of waiting, had been signed with only innocuous revisions. His fiancé had called from Paris, she too had reached agreement on her own modeling contract, and would be flying back in a couple of days- they were happy and looking forward towards refining their wedding plans. For the first time in months, he took some time off and went to see “Fuerza Bruta”, Off-Broadway, and afterwards dined on fine food at a local restaurant and splurged on a bottle of wine imported from, Pereira, Columbia  to celebrate his good luck. While there, he bumped into an old friend, her career as a TV producer had faded, but her appearance was still stunning. They talked, and drank another bottle of wine together until closing time. Her driver dropped him off at his condo, and she went home. He recalls breaking out a shot of cognac for a nightcap and listening to the late Ben E. King’s “Stand by Me”, again, he was on the balcony. The park was unusually still, he drifted and started to doze. He indecisively recalls the doorman announcing a visitor, he thinks it was 2:00 a.m. or so. He greeted her at his door and thought, why is she here? This is when his memory cedes, and he apparently does not recall who “she” was. Now, detectives are peppering the man with questions and do not buy into his lapse of memory offerings. Their main concern is the nude and bloody body of the female, the man only vaguely recalls talking to at the door. So far, the investigation has not been made public, and only the man and the detectives are aware of the crime. It will not be long before his conspicuous absence draws suspicion- the fiancé was due back “soon” according to the man, but where is she? The dead woman surely will be missed. While it is not unusual for detectives to keep their work furtive, the notoriety of these players alone, will soon defeat this effort. Stay tuned.