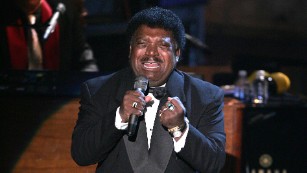 Britney Spears should directly address her many fans; her…

Britney Spears may be in some despair, but she is still…

Rock icon, Percy Sledge (73), died from natural causes at his home in Baton Rouge, Louisiana Tuesday. Sledge had surgery for liver cancer in 2014 and had resumed touring for some time. His legendary hit single, “When a Man Loves a Woman” topped the U.S. Billboard for weeks in 1966 and had reached the top ten charts in the UK twice. His style of music inspired groups like the “Rolling Stones”, Aretha Franklin (73) and others, and he was featured in many movies including “The Big Chill”, “The Crying Game” and a 1994 Meg Ryan drama named after the song itself. The song rose to more fame after it was re-introduced in 1987 in Oliver Stone’s film, “Platoon”. Michael Bolton injected new life in the song with his version of “When A Man Loves a Woman” in 1991. Sledge was introduced into the Rock and Roll Hall of Fame in 2005 and was also a member of the Alabama Music Hall of Fame and Louisiana Hall of Fame. He is survived by his wife and children.

Britney Spears should directly address her many fans; her absence fuels the theories…

Britney Spears may be in some despair, but she is still sounding and looking good