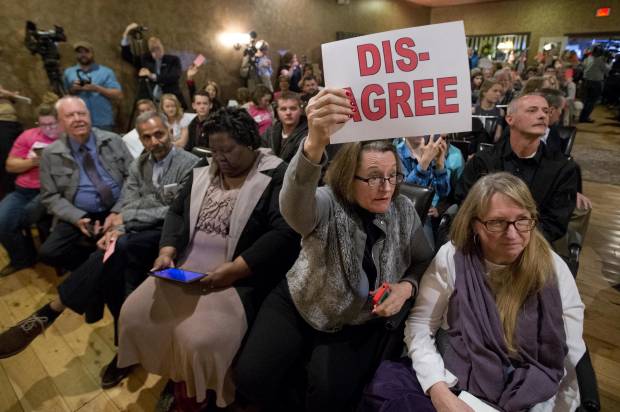 Republican lawmakers went back to their districts for the August congressional recess and faced angry voters, across the nation because they voted against the Republican bill on health care policy.

In Durango, Colorado on Friday, Republican Sen. Cory Gardner was planning to talk at a town hall meeting that was supposed to focus on environmental policy. Instead, he faced a crowded and angry group of constituents who shouted at him for his support of his party’s efforts to repeal the ACA.

Some of their Senate colleagues have been under the radar. Sen. Shelley Moore Capito, R-West Virginia, was not at a July 4 parade on Tuesday in her state, according to The New York Times and Sen. Rob Portman, R-Ohio, had no events in his state either. Both of them came out against the original bill.

Republican politicians have been saying for nearly a decade that they want to replace or repeal Obama Care. They presented as a majority in the House and Senate this year and dropped the ball. They campaigned on their pledges to fix the healthcare mess, and large numbers of voters sent them to the Capitol. They have let these voters down.  They must be held accountable. Without a doubt, if these politicians continue in the same vein, they will lose Trump supporters and their offices. We think this is what they deserve.

The Case for Releasing Violent Offenders From Prison Earlier