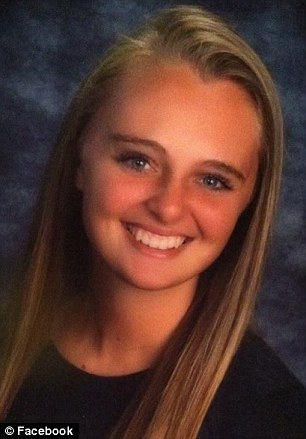 An 18-year-old girl has been indicted as a “youthful offender” on the charge of involuntary manslaughter for allegedly assisting her former classmate to commit suicide in Plainville, Massachusetts last summer. Michelle Carter is accused of assisting Conrad Roy to take his own life as he sat in his grandfather’s truck where he died from carbon monoxide poisoning. The two were apparently communicating via text messaging at the time of the act when Carter “strongly influenced” Roy’s decision to remain in the vehicle even when he was expressing a reservation about going through with the suicide; at one point, Roy had stepped outside the truck and Carter told him to get back in

Joseph Cataldo, the defense attorney for Carter, noted that “She was not even present when he made a decision, a voluntary, conscious decision to end his own life”. The Bristol District Attorney’s Office had said that Carter “guided” Roy through the suicide. Carter is expected to return for another court appearance on April 17th.

COMMENT: Most jurisdictions have criminalized actions taken by parties who advise, encourage, abet, or assist another person in the taking or attempted taking of the other’s life; the charges often are described under the various state’s manslaughter statutes or codes or left to Common Law. A typical statute  requires intent on the part of the defendant. The allegations as presented above seem thin. A better case could be made against a person or entity that specializes in or regularly engages in the practice of encouraging someone to commit suicide.

The case is a sad one; suicide is the third leading cause  for death for young people ages 15-24, surpassed only by homicide and accidents.