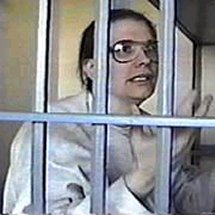 From May of 1981 to June of 1984, Michael Bruce Ross violently raped and killed eight innocent girls ranging in age from 14-25. The killings were proven to have taken place in Connecticut. The victims were: Dzung Ngoc (25); Paula Perrera (16); Tammy Williams (17); Debra Smith Taylor (23); Robin Stavinsky (19); April Brunias (14); Leslie Shelley (14), and Wendy Baribeault (17). Ross was executed on May 13, 2005, by lethal injection in the Osborn Correctional Facility in Connecticut. At the time, there had not been an execution in the state for 45 years, and if Ross had not decided to forgo further appeals on his behalf, it is possible that he would never have been executed. Connecticut abolished the capital punishment in April of 2012. The first person executed in the area (now known as Hartford) was Achsah Young for witchcraft in 1647. In 1786, a 12-year-old Native American, Hannah Occuish was hanged for the alleged murder of a white girl.

To say that Michael Bruce Ross was a coward and evil man, would be a gross understatement—he was both, but he was also manipulative, slightly above average in intelligence, and greedy. He violently raped and killed eight innocent girls in the style and manner of a coward—he attacked slight victims from behind, using the element of surprise and his weight to pin the helpless victims to the ground where he violated them. In her book, “The Man in the Monster”, Martha Elliot attempts to illuminate some redeeming values Ross may have had, and suggests that “mental illness” caused him to rape and kill, and that the healthy-minded man she knew, based upon a decade of corresponding, speaking to him on the phone, and visiting with him in prison, would never have committed these acts. Elliot’s take is that once correctional people belatedly medicated Ross, the evil spirits that caused him to strangle these young girls disappeared. The author acquiesces to abandoned Freudian theory and subscribes to the defense psychiatric perspective that Ross acted out against these women because he was in a “dissociative” state and was merely killing his bad memories of women from his past that had mentally harmed him. The blame rested on bad nurturing and bad experiences with women. The better argument is that Ross had little to offer women mentally and physically and decided to steal the sex—the violence and the ultimate sexual release, were inextricably intertwined. Once the gruesome sexual acts were over, he needed to kill the victims and hide their bodies to lessen his chances of capture. The bulk of the book travels across familiar territory; Ross “gets religion” once confined under brutal conditions, developed contacts (some romantic) on the outside, and then spends the more substantial part of his remaining life trying to convince others that he is more than just a sadistic serial killer. He doesn’t want to lose the spotlight. The author seems to have operated within this close circle and appears biased.

In the end, Ross opts for the cowardly solution—state-assisted suicide—although he tries to spin this choice by declaring that his willingness to die is proof of his genuine empathy for the victims and their families. This book correctly highlights the importance of the need for additional mental health assistance in this country. The author exhaustively researched and labored to get the material for the book, and she is a good writer. I recommend the book.

The ability to predict who and why someone will become a serial killer is speculative at best.

Toronto landscaper accused of killing eight men who went missing between 2010-17 has pleaded guilty to their murders.

Two Severed Heads found 150 Miles Apart in Texas and Louisiana: The work of a Serial Killer?