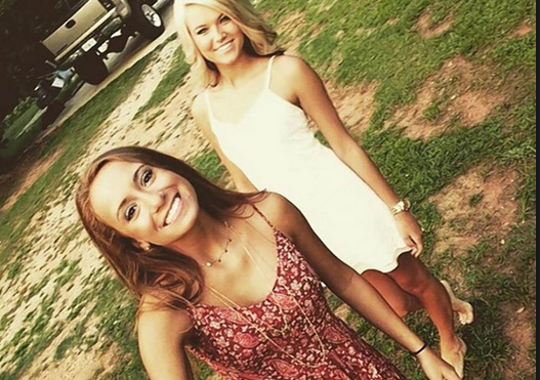 Two teenaged girls were killed when a Georgia State Trooper smashed into the rear of a vehicle they were riding in last Saturday. The trooper, Anthony Scott (26) has since been fired; reports indicate that he was driving 90 mph without his emergency lights or siren activated and was not responding to any type of work-related call. The victims are Kylie Lindsey (17) and Isabella Chinchilla (16). The speed limit on the route the vehicles were travelling on was 55 mph. Lindsey was apparently thrown from the vehicle. The incident marks the third time Scott has been disciplined for exercising misjudgment during crashes he was involved in. Scott joined the patrol in 2011. It is unclear whether he will be charged criminally for causing the deaths of the two teens. In a prepared statement, the Lindsey family, thanked the community for their “outpouring of support”, and were looking forward to working with the local DA as they continue to investigate the crash. The two girls attended South Paulding High School in Dallas, Georgia. The funerals of the two girls took place on Thursday at the West Ridge Church within hours of each other.