Hercules and Leo have apparently been held against their will at Stony Brook University in New York and their lawyers have petitioned a Manhattan judge for their freedom- or at least, a transfer to a different facility. They have not been charged with any type of crime however, their alleged “unlawful detention” has sparked a controversy regarding their legal status. At the present time, they have not obtained any type of human legal status in the U.S., or any other country, and this threatens to hamper efforts to use traditional legal mechanisms that can be used to obtain the relief their representatives want. A small victory was obtained on their behalf when a judge issued an Order to Show Cause why the facility has the right to hold them, however, that Order is temporary and procedural pending an actual hearing where the lawyers for the parties are expected to argue their positions in detail. Meanwhile, Hercules and Leo are not expected to suit-up and show-up at the proceeding. 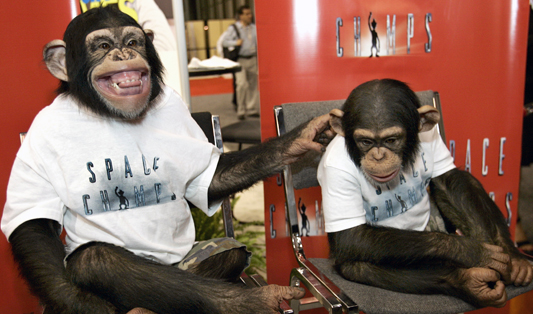 Not Hercules or Leo pictured. Compliments of Getty Images