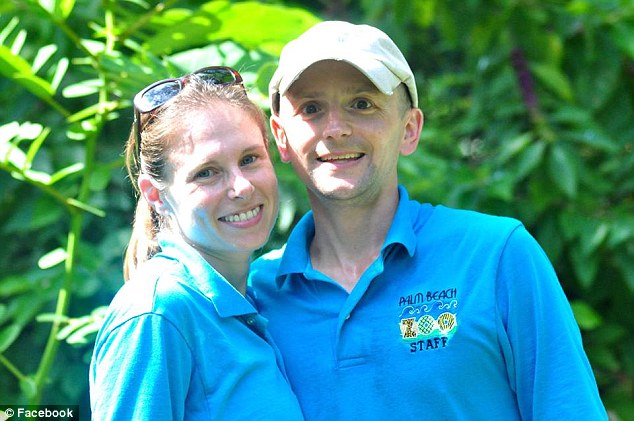 Stacey Konwiser and her husband, Jeremy.

A zookeeper was mauled to death Friday at the Palm Beach Zoo by a male Malayan tiger when performing routine tasks inside the animals caged area. Stacey Konwiser (38) was bitten and rushed to a nearby hospital where she succumbed to her injuries. Her husband, Jeremy worked at the zoo with her.

Zoo spokeswoman Naki Carter described Stacey as, “a tiger whisperer,” adding that she and the big cats “spoke to each other in a language that only they could understand.

The tiger is one of 250-340 left in the world. Authorities tranquilized the  big cat following the terrible incident. Zoo officials were quick to point out that none of the visitors to the park were ever in danger.